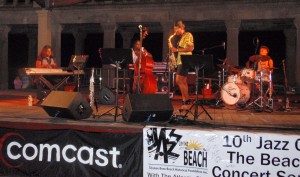 The Chicken Bone Beach Historical Foundation, Inc., and Atlantic City Free Public Library present this free concert series, which takes place on Thursdays in July and August from 7-10 p.m. at Kennedy Plaza, located on the Atlantic City Boardwalk between Mississippi and Georgia avenues.