The Grass is Not Always Green 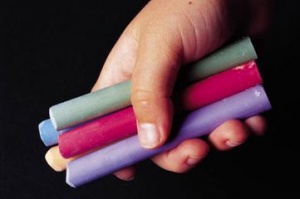 Nowadays, the toy industry is overly concerned with education, causing them to shove creativity to the back burner. Don’t fall into this trap. Encourage your child to embrace their creativity. Allowing them to explore will not fault their learning. In fact, a bigger imagination allows for a broader mind, and there is no wrong in that.

To start off, when it comes to creativity, stray away from the word “No”. They say there is no such thing as a dumb question… and I’m here to say the same goes for art. Let their imagination steer them in the direction they feel is right.

“No sweetie, the grass is green”
“No, no you should paint the sky blue”

This is not your work of art, it is theirs. When it comes to young minds and their growing imagination, set your thoughts aside and let them soar. Judgmental comments will only discourage them. Change your own attitude and do not be afraid that this is a sign of development, or lack of. The correlation of their puffy clouds and the red crayon they chose to draw them, has nothing to do with their learning ability. In fact, Diane Peters of Kaboose Education and Learning states that creative learners are often better learners. 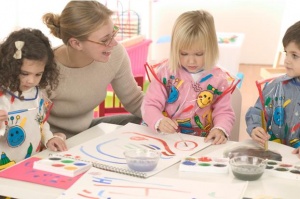 "Creativity lets children develop their skills in a way that works for them," says Karen Halpern, a speech pathologist and creator of Thumbprint Adventures, a creative play-based program in Toronto. Her own six-year-old, for instance, can do basic multiplication: she figured it out on her own through playing."

Halpern also encourages the notion of free play. Not everything has to be planned, activity-wise; especially if you have stuff of your own that you are itching to get done. Provide your child with a washable marker and send them on their way! Children will play as children; it’s better to just accept it and relax, the sooner the better.