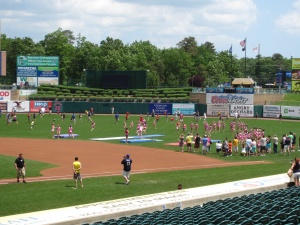 The BlueClaws have unveiled the first wave of their 2014 promotional schedule, marking the earliest point BlueClaws fans have been able to see the promotional nights for the upcoming season.
Click here to see a list of promotions that have been released so far. Please note that additional promotions will be announced as the April 10th home opener approaches. A complete list is always available on BlueClaws.com.