NJ Kids Suburban Mom Tip of the Day - In the Olympic Spirit, celebrate the cultures of the world at 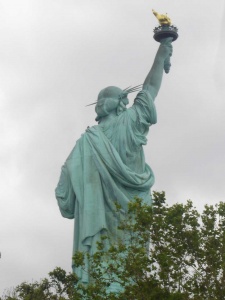 In the Olympic Spirit, celebrate the cultures of the world at Ellis Island – and as an extra bonus, now through September 15, there is a display of Barbie Dolls of the World (it’s the 30th anniversary of this doll collection). Activities include filling out a Barbie passport about your heritage by answering questions found at the Barbie exhibit, and getting a glimpse at the latest dolls, including Statue of Liberty Barbie.

Also, mark your calendar: On August 6th at the base of the Statue of Liberty, ten diverse models wearing reproductions of some of the most celebrated costumes from the Dolls of the World Collection will “come to life” and showcase their traditional garb. While each model walks, the audience will learn cultural and fashion facts about each country. The show will be held at 10am, 12pm and 2pm ET on August 6th in Liberty Island.  Click here  for more information.