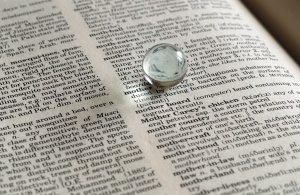 Today is National Dictionary Day!  Did you know that the first known dictionary was dated roughly 2300 BCE and was a tablet with bilingual Sumerian–Akkadian wordlists (Suburban mom isn’t that smart – I had to look those languages up – they are from ancient Mesopotamian, now part of Iraq).  An early English dictionary was published in 1592.  The now famous Webster published his first dictionary in 1806, then started on an expanded dictionary the following year – it took 27 years to complete, during which he learned 26 languages. His book contained 70,000 words.

How should you celebrate?  How about playing ‘Pass the Dictionary’ – each person flips to a page, reads a word and everyone has to guess what it means.  Then read the true definition. Fun AND educational!