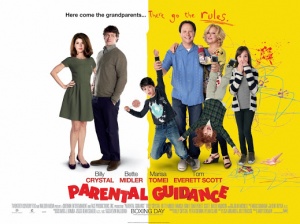 SYNOPSIS: Artie and Diane agree to look after their grandkids when their type-A helicopter parents need to leave town for work. Bur problems arise when the kids' 21st-century behaviors collide with Artie and Diane's old-school methods. 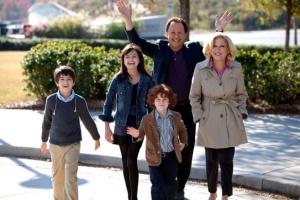 Violence/Gore: After an altercation at a kids' baseball game, a man is struck in the testicles with a baseball bat and then vomits on a kid. A boy is bullied at school, then confronts him and is punched in the eye in return. Famous skateboarder Tony Hawk falls on the halfpipe after a boy pees on it. Some slapstick comedy, like a scene involving cake all over the kitchen (and people), and kids who hang onto their parents and beg them not to leave.

Drugs/Alcohol: Adults drink while on vacation. While talking with a kid, an adult mentions getting drunk as a coping method earlier in her life. 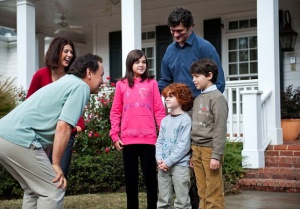 Will Parents Like It? Parental Guidance might not be the best movie you've ever seen, but it's cute, has some funny moments, and the PG rating is on target.

REVIEW: Once I got past the depressing idea of Billy Crystal and Bette Midler (who looks amazing) being grandparents, I liked Parental Guidance, a movie where old-school parenting meets helicopter parenting. It made me think about my own parenting skills, which fall squarely on the side of old school. Look, I grew up in an era where parents were laid-back, knew how to say the word "no," and let kids be themselves. We turned out ok.

In Parental Guidance, the old school parenting techniques are employed by Artie (Billy Crystal) and Diane (Bette Midler) Decker. They rarely see their only child Alice (Marisa Tomei), who left for college, never came home, and now lives across the country with her family. 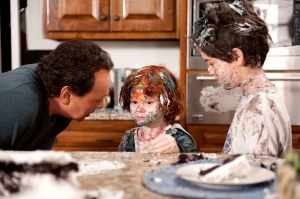 But when Alice and her husband, Phil (Tom Everett Scott), need a babysitter in order to attend a business awards ceremony, they reluctantly turn to her parents, despite the fact that she gets a nasty rash every time she thinks about them.

Diane, however, is desperate to see her grandkids again, and convinces the curmudgeonly Artie, who just lost his job as a minor-league baseball announcer, to go spend time with their grandkids for a week. What could go wrong, right? Turns out, a lot.

As soon as Diane and Artie arrive, they realize that they know nothing about this new subculture of texting and skyping. Even Alice and Phil's house is way too smart for Diane and Artie. The house, aided by Phil's new invention, announces when people come and go, operates all the appliances, and even has a techie hand in the cooking. 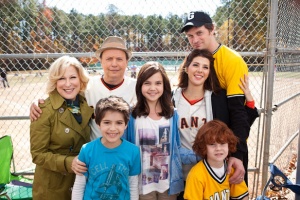 But life in Alice and Phil's house is a little high stress, even for the kids, including middle-school music prodigy Harper (Bailee Madison), stuttering wallflower Turner (Joshua Rush), and rambunctious Barker (Kyle Harrison Breitkopf). Though Alice and Phil oppose nearly everything about Diane and Artie's parenting style, it's clear the kids could use a little relaxation time.

Parental Guidance is neither a super movie nor an awful movie. It falls somewhere in the middle. Some of the lines feel cheesy and staged. As much as I love Bette Midler's singing, one scene where she and Crystal break into a song-and-dance version of "The Book of Love" feels forced. Their veteran talent seems wasted in much of this movie, as are the talents of Marisa Tomei and Tom Everett Scott.

On the other hand, some parts of this movie are heartwarming and spot on. Like the grandparents hauling kids to that foreign land called "outside" to play kick the can. And Diane telling her daughter, "I know you're trying to be a perfect parent, but honey, there's no such thing." So true. And the sooner we get that in our heads, the better off we'll bee.

With Crystal being such a huge baseball fan, I enjoyed seeing him as an aging baseball announcer. Also loved the storyline about the "Shot Heard 'Round the World" (the term given to the walk-off home run hit by New York Giants outfielder Bobby Thomson off Brooklyn Dodgers pitcher Ralph Branca at the Polo Grounds to win the National League pennant on Oct. 3, 1951). In this case, the "shot heard 'round the world" is the baseball reference that brought a family back together again. I wept a little at the end.

Even though Parental Guidance is kind of a mediocre film overall, there are enough cute family moments, along with a great ending, to make it worth seeing if you like sweet family comedies. Also cool is the end credits, where we see the real-life families of everyone involved with the movie.

by Jane Boursaw.  Jane Boursaw is a family entertainment writer specializing in movies and TV. Visit her at  http://www.reellifewithjane.com or email jboursaw@charter.net.

Looking for some holiday cheer, a holiday spectaculor, a musical, a traditional performance? It’s…