The holidays are upon us, which means one thing: time to figure out what to give everyone on our gift list. Fortunately, it's been a great year for DVDs and Blu-rays, and I guarantee you'll find something for everyone in our holiday gift guides. Let's take a look at some great classic TV box sets released this year that the whole family can watch together. 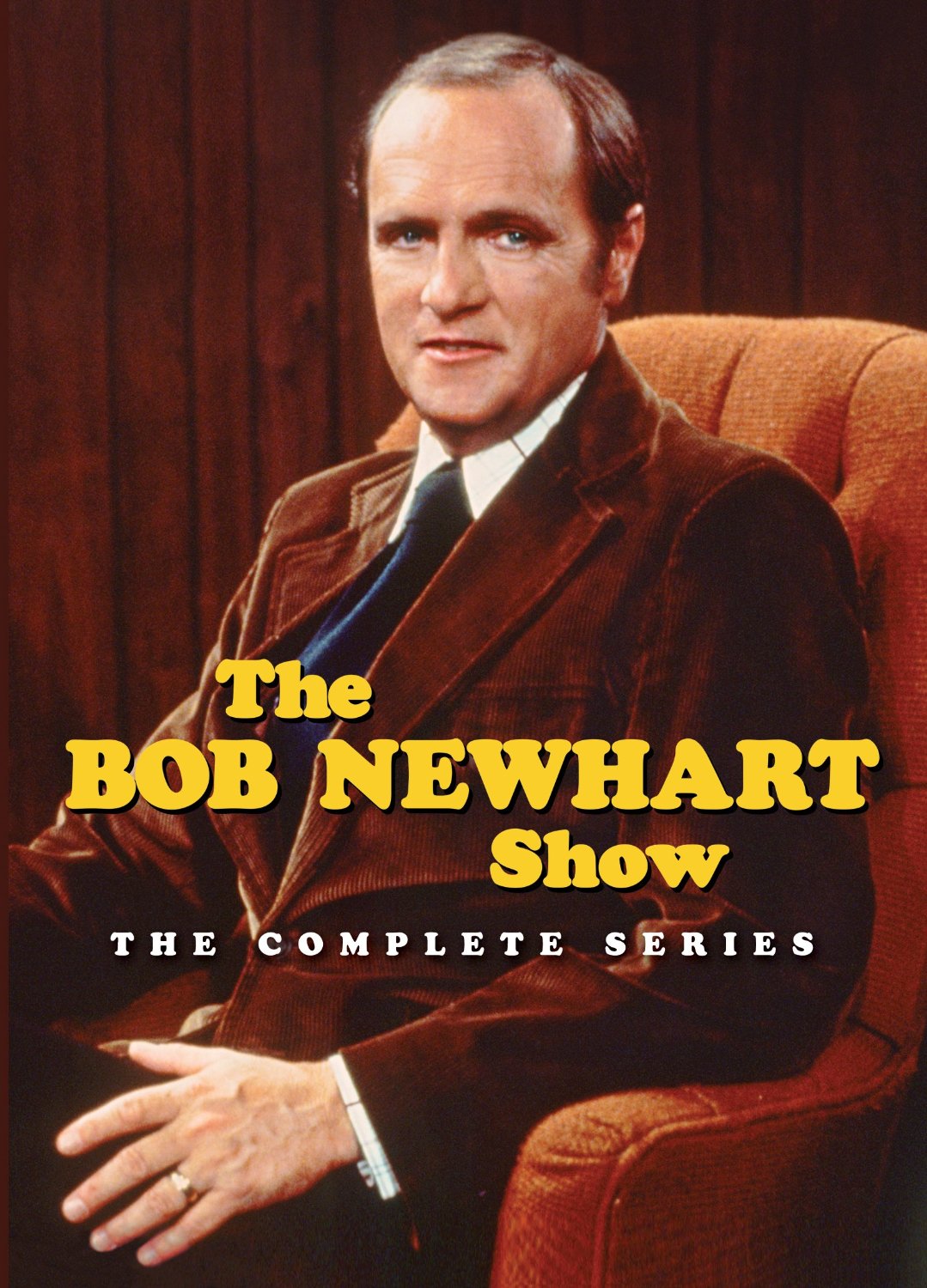 This sitcom classic stars the incomparable Bob Newhart as Dr. Robert Hartley, a Chicago psychologist who finds himself surrounded by some unusual and neurotic characters on the job, as well as at home (a formula that worked so well he carried it into his next sitcom). Hartley faces an uphill battle to not lose patience with his patients, but with the support of his quick-witted wife Emily (Suzanne Pleshette), you can count on him to conduct a healthy session of laugh therapy in all 142 episodes. An outstanding supporting cast is on call to back up Newhart and Pleshette, including Bill Daily ("I Dream of Jeannie"), Peter Bonerz ("Murphy Brown"), Jack Riley ("Rugrats," "Spaceballs"), and Marcia Wallace ("The Simpsons"). 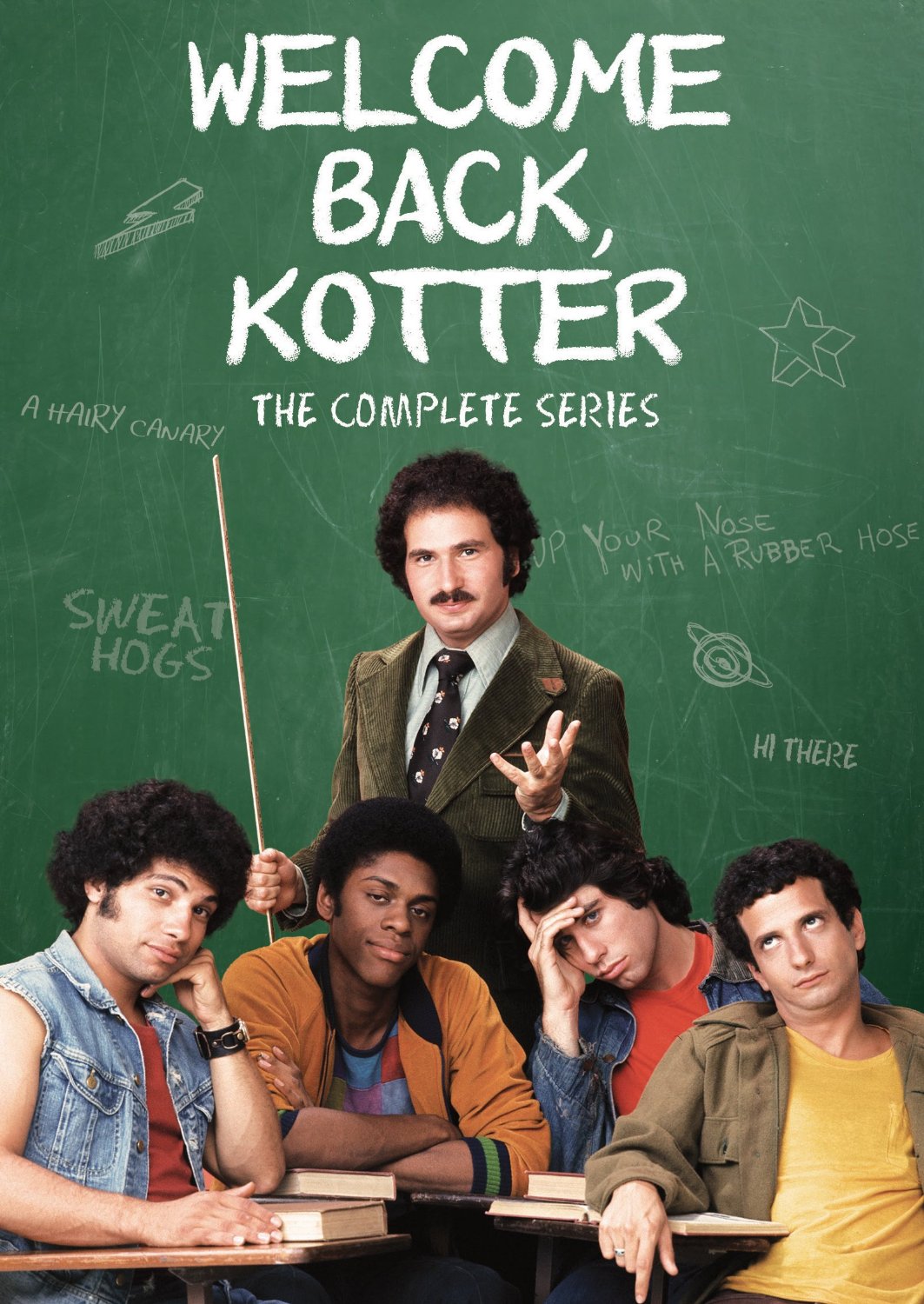 2. Welcome Back, Kotter: The Complete Series

Return to the 1970s with wisecracking teacher Gabe Kotter (Gabe Kaplan), who's in for the challenge of his career when he accepts a job at his alma mater, teaching an unruly band of misfits called the Sweathogs. His students – including class clown Arnold Horshack (Ron Palillo), hip athlete Freddie "Boom Boom" Washington (Lawrence Hilton-Jacobs), tough guy Juan Epstein (Robert Hegyes), and the cocky and "so confused" Vinnie Barbarino (John Travolta in the role that made him a star) – are a proven nightmare for instructors. The Sweathogs think they’ve got Kotter's number, until they discover that in his younger days, their new teacher was a founding member of their crew!

Nominated for four Primetime Emmy Awards, this 16-disc set includes all 95 episodes from the series, as well as bonus features including original screen tests and the featurette "Only a Few Degrees from a Sweathog." 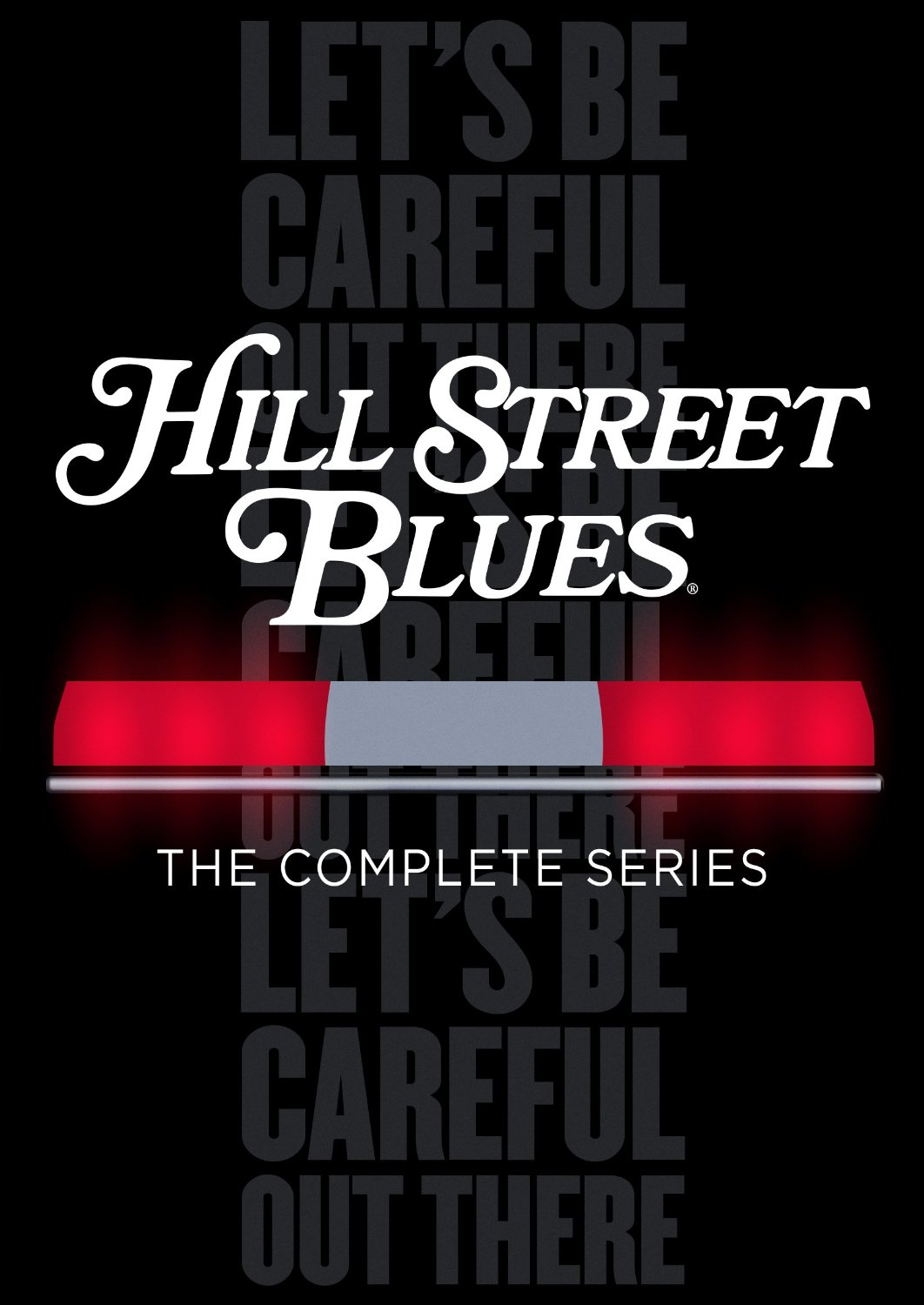 Created by award-winning writers/producers Steven Bochco and Michael Kozoll, this critically acclaimed TV series became one of the most seminal dramas due to its powerful writing, gritty realism, emotionally charged storylines and amazing ensemble cast, including Daniel J. Travanti, Veronica Hamel, Bruce Weitz and Betty Thomas, among other notables. Throughout its seven-year run on network television (1981-1987), "Hill Street Blues" took viewers inside the heart of a racially torn, crime-ridden precinct of an urban metropolis. Each episode charts a day in the life on "The Hill," balancing the characters' personal lives with their professional ones.

And who can forget Sgt. Esterhaus' reminder at roll call every morning, "Let's be careful out there," before sending his officers and detectives out to patrol their city's streets, where the peace is kept thanks to a tenuous trust between the police and the people they protect. Yet as dangerous as their precinct is, the men and women of Hill Street often find that their biggest battles involve protecting themselves from the Public Defender's office, self-serving bureaucrats ... and each other.

The winner of 26 Emmy® Awards (including Outstanding Drama Series four years running) and a mainstay on any roll call of the greatest TV shows of all time, "Hill Street Blues: The Complete Series" is packaged in a handsome 34-DVD collector’s box set and includes all 144 acclaimed episodes, the original pilot, a commemorative 24-page book with a special essay written by the Pulitzer Prize-winning TV critic Tom Shales, and retrospective bonus content, featuring new interviews with Steven Bochco, the cast and more. 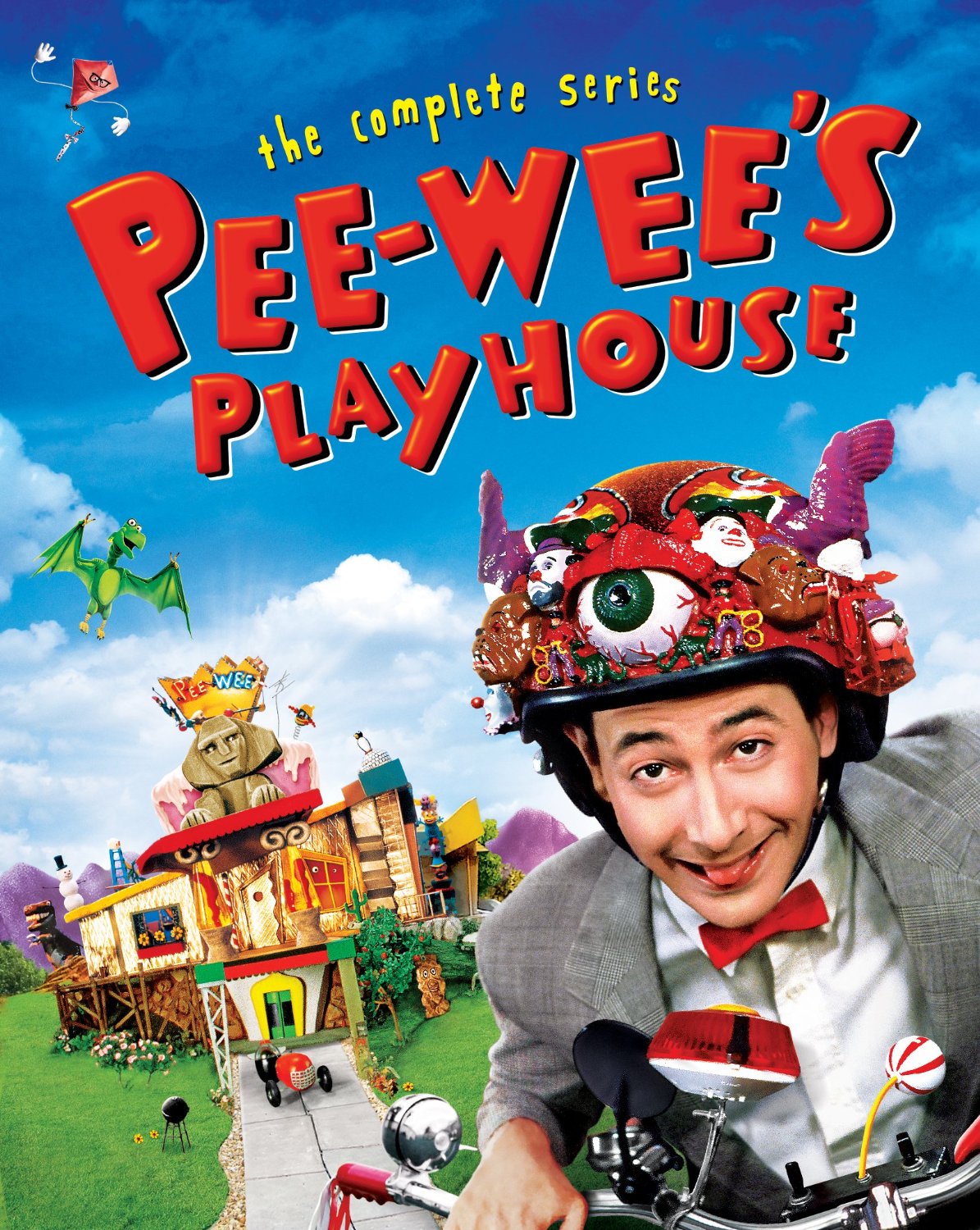 Mecka-lecka hi, Mecka-hiney ho! Scream along to the secret word with Pee-wee Herman and his pals: Jambi the Genie, Miss Yvonne, Cowboy Curtis, Reba the mail lady, Captain Carl, Magic Screen, Conky, Globey, Chairry, Pterri, Randy and all the rest. Winner of an amazing 22 Emmy® Awards, "Pee-wee’s Playhouse" is a cultural touchstone for a generation, and its visually dynamic design and offbeat sense of humor were a genuine phenomenon. Whether reliving childhood memories or introducing this beloved series to a new generation, the newly re-mastered Pee-wee’s Playhouse will take you back to being a kid. This is an essential Blu-ray collection for loyal fans and collectors.

TV Guide named "Pee-wee’s Playhouse" #10 on their list of The Top 25 Cult Television Shows Ever! For more than 25 years, the enormously popular Pee-wee Herman and innovative television series "Pee-wee’s Playhouse," created by and starring Paul Reubens, has captured a special place in the hearts of millions of viewers of all ages. Since its initial premiere on CBS in 1986, this highly acclaimed children’s program became Saturday morning appointment viewing for kids in the ‘80s and ‘90s and has been a staple in the pop culture zeitgeist ever since.

This set includes all 45 wacky episodes, plus the "Pee-wee’s Playhouse Christmas Special," all meticulously remastered from the original film elements and now in beautiful high-definition. 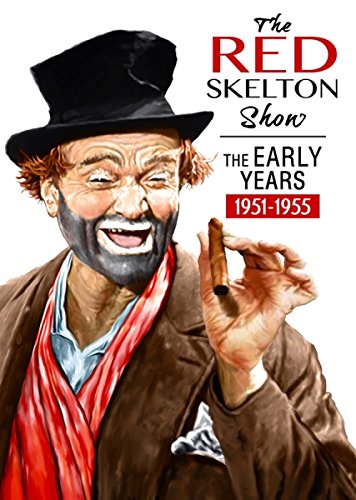 For the first time ever, experience the joy, laughter, and hijinks of "The Red Skelton Show: The Early Years." See for yourself why the most talented comedians of our time count Red Skelton as one of the great pillars of the golden
age of comedy with this Timeless Media Group release. The set includes appearances by famed characters Freddie the Freeloader, Clem Kadiddlehopper, and Sheriff Deadeye, along with some of Hollywood’s biggest stars, across 90 full-length episodes on 10 DVDs.

Newly re-mastered from the original kinescopes of Red Skelton’s estate, these pristine episodes represent some of Red’s best shows from 1951 to 1954. Most of these comedy gems have never been seen on DVD and because "The Red Skelton Show" was never released for syndication, many of these episodes were only aired once and never seen again … until now. 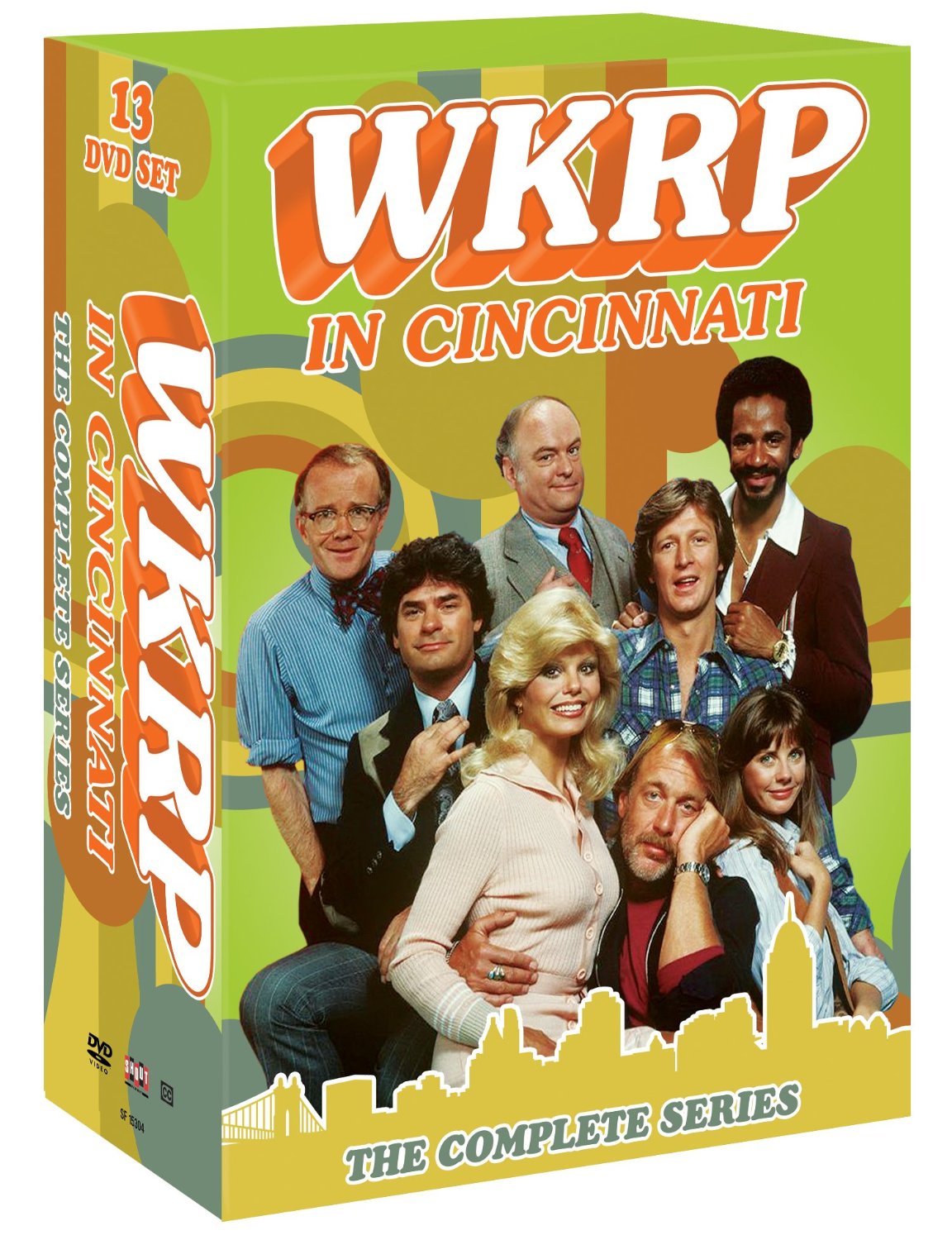 6. WKRP in Cincinnati: The Complete Series 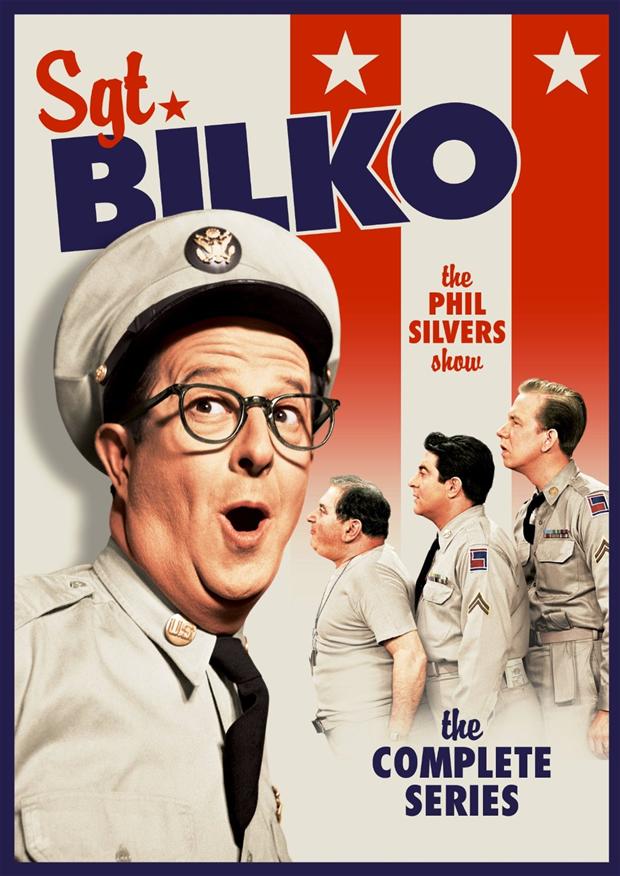 One of the all-time classic series from the golden age of television, this multiple Primetime Emmy® Award winner for Best Comedy Series, which originally aired from 1955 to 1959, was one of early TV's biggest smashes and is known today
both as a hilarious sitcom and a star-making showcase for legendary comedian Phil Silvers ("It’s A Mad, Mad, Mad, Mad World") in his signature role as Master Sergeant Ernest G. Bilko.

This 20-disc DVD box set includes all 142 episodes and is loaded with bonus features, including new interviews with daughters Cathy, Tracey and Nancey Silvers, rare footage from the 1959 television special "Keep In Step," an episode of "The New Phil Silvers Show" and lots more! 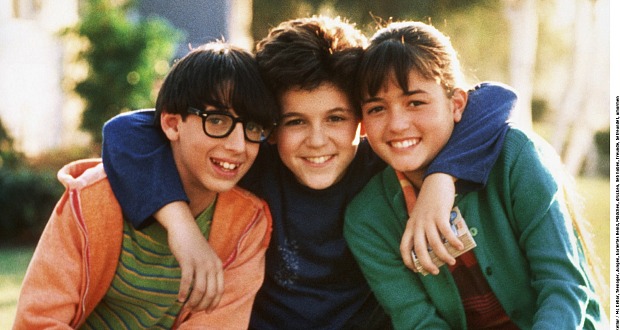 Never before released on DVD in its entirety, this massive set includes 26 discs with all 115 episodes, housed in a super cool replica metal locker, along with a host of extras, including 15 hours of specially-produced bonus programming, including featurettes, an incredible cast reunion 16 years in the making, and never-before-seen outtakes — including all takes of Kevin and Winnie’s first kiss from the pilot episode. Read my full review of this awesome box set here. 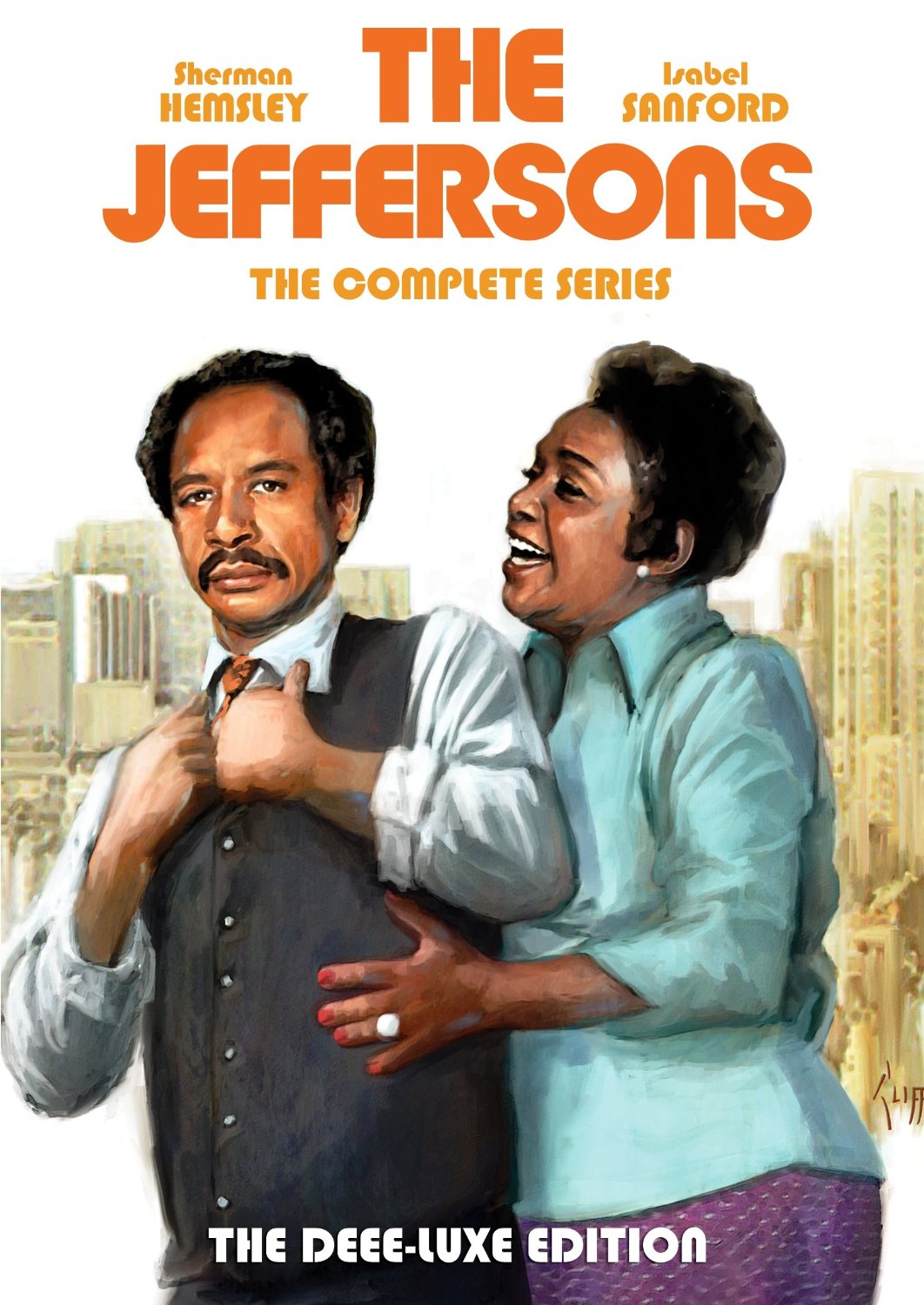 9. The Jeffersons: The Complete Series

…You finally get a piece of the pie! Because you'll be watching "The Jeffersons: The Complete Series-The Deee-luxe Edition," bringing all 253 episodes from the 11 seasons of the classic sitcom developed by Norman Lear ("All in the Family," "Mary Hartman, Mary Hartman") together for the first time on DVD in this 33-disc set. Bonus features include "Movin' On Up – The Jeffersons featurette"; "All In The Family" episode "The Jeffersons Move Up"; E/R Pilot – the 1984 TV series E/R, starring Elliott Gould and featuring Sherman Hemsley guest-starring as George Jefferson; and an essay by Pulitzer Prize–winning TV critic Tom Shales.

"The Jeffersons," which aired from 1975 to 1985, documented the side-splitting exploits of an upwardly-mobile family: dry cleaning entrepreneur George (Sherman Hemsley), his wife Louise (Emmy® winner Isabel Sanford), and their son Lionel, as they move from the working-class section of Queens to a luxury apartment in Manhattan. George’s brash, arrogant personality always seems to get him in hot water. Lucky for him, he’s got the level-headed “Weezy” by his side and their wise-cracking maid Florence (Marla Gibbs) to keep him humble. Together, they overcome the comic challenges and culture clashes that their new way of life brings. 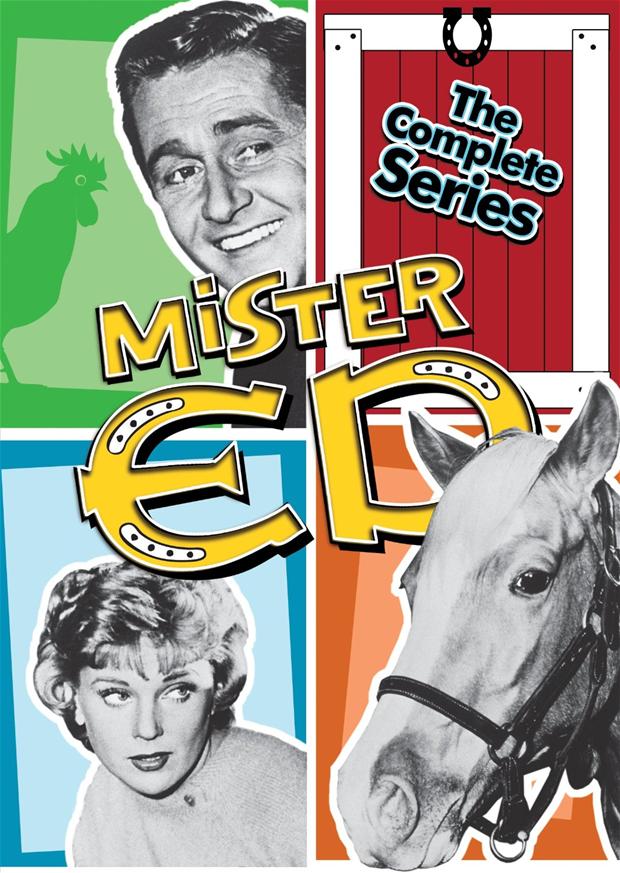 "Hello, Wilbur!" The world’s most famous talking horse returns with this 22-DVD box set, which includes all six seasons and 143 episodes. Architect Wilbur Post (Alan Young, "Duck Tales") and his wife Carol (Connie Hines) have settled into a beautiful new home, complete with a barn in the backyard ... and a very unique tenant. Wilbur finds that the former owner has left his horse behind. He soon discovers that this is no ordinary horse, as the eloquent Mr. Ed can talk, but only to Wilbur! The anxious architect and the pontificating palomino soon become the best of friends, leading to all sorts of comedic misadventures.

Winner of the 1963 Golden Globe Award for Best Television Series (Comedy), "Mister Ed" is one of the most memorable sitcoms of its era. From its kooky premise to its devilishly catchy theme song, it has endured as a true television classic. 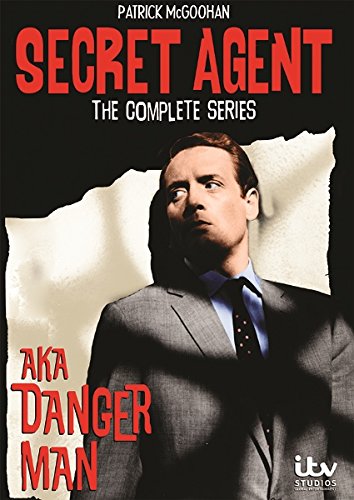 Bring home the adventures of John Drake with the complete series set of the classic spy show "Secret Agent." The 17-DVD box set from Timeless Media Group also contains a number of bonus features, including audio commentaries and a brand new interview with Catherine McGoohan.

Patrick McGoohan ("The Prisoner") stars as John Drake in this popular TV series from the Golden Age of Spy Thrillers, the 1960s. Travelling the world to capture international criminals, John Drake rarely solved problems with a gun, preferring to use charm and wit over violence to bring in the bad guys.

Encompassing all 86 episodes from its successful broadcast run, "Secret Agent" (known in the United Kingdom as "Danger Man") is an essential addition to any spy fan's collection. 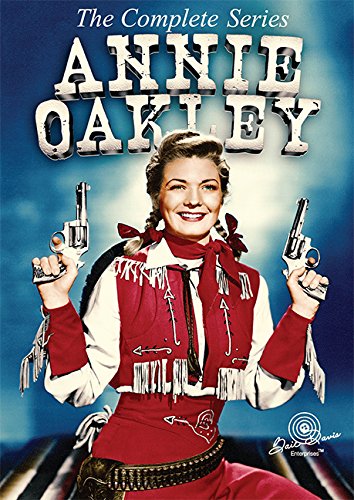 Who says there was no girl-power back in the old west?! This western anthology is a fictional account of the life and adventures of legendary sharpshooter Annie Oakley (Gail Davis). Together with her brother, Tagg (Jimmy Hawkins), and sidekick Lofty (Brad Johnson), Annie maintains law and order in the town of Diablo.

Bonus features of this classic set include a new 2014 documentary of Gail Davis (approx. 30 minutes); 7 photo galleries, including hundreds of photos from Gail Davis' personal collection; the original TV pilot starring Billy Gray as Tagg (he went on to do "Father Knows Best"); original TV commercials and trailer gallery; and an 8-page episode guide.

Jane Boursaw is the film critic and editor-in-chief of Reel Life With Jane. Contact her at jboursaw@charter.net and check out the shop for fresh editorial content. Images used with permission of the distributors.