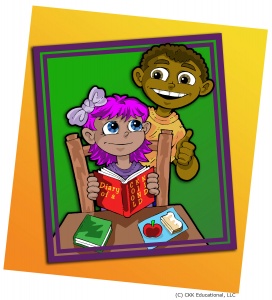 Gender stereotyping is an issue I’m seeing more and more of on blogs, in articles, and LinkedIn discussions. This issue was raised in the Children’s Publishing group that I belong to and led to quite a string of comments.

As writers of children’s literature we have a role to play in portraying characters that become positive role models for children, no matter their gender. In my writings, I have to be careful who I portray as “the bully,” or a child acting negatively. I can’t just show a “boy bully” or just a “girl bully.” I have to show both. For example, for characters we use to demonstrate negative behaviors, we carefully select non-specific names; names real children are unlikely to have, such as Brutus Belligerent Bully and Rudie Crudie. Even though kids react favorably to the alliteration and the fun names, we don’t want to hurt a child’s feelings by assigning their name to a negative character. For some kids, that would be great fun, but for others it would be hurtful.

What about the children whose behavior, demeanor, and interests fall outside the “norm” for their gender? Are children’s writers keeping their characters contained within the “accepted” realm of what fits for boys and what is appropriate for girls? After all, everyone wants their books to sell, but are we selling out?

When we look at bullying, who is the kid who is teased, picked on, or bullied? It is usually the one who is different. As parents and educators, we have the responsibility of encouraging each child to be true to themselves; to be who they are, and were made to be. We have to influence them in positive ways to pursue hobbies, sports, and interests that appeal to them and no-one else. If their interests fall outside the realm of the “acceptable,” then we are to celebrate that. Wouldn’t the world be boring if we were all the same?

As for those who would tease, pick on and bully those who are different, let’s find ways to help them learn to have more empathy and compassion for others. Let’s model behaviors that are accepting and tolerant. Let’s equip them with the tools needed to see others through positive, enlightened eyes. We might even ask them to walk in another’s shoes to understand how it feels to be different. For the “different” child, let’s build up their confidence and self-esteem so they can stand tall and be proud of who they are.