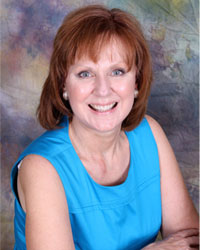 Marian Moldan, LCSW-R has worked with Selectively Mute children, adolescents, and adults for 34 years both as a clinical social worker and a special education teacher. Having overcome her history of selective mutism, Marian specializes in the treatment of this challenging and misunderstood anxiety disorder. She has served as a consultant to school districts on Long Island, Queens and New Jersey. Marian speaks at international conferences and local in-services. She has authored:

Marian Moldan, LCSW-R developed one of the first group treatment models for selectively mute children, which is in its fifteenth year of practice. This agency has at least seven on-going groups at given time, ranging from toddler groups through adolescent groups for selectively mute and anxious youngsters.Marian Moldan, LCSW-R has also worked with parents from Long Island to put forth the first public service announcement regarding Selective Mutism on the radio in the United States. She continues to serve as a consultant to a grassroots support and education Yahoo group of parents on-line and within the local community. Marian also taught the first credited course on Selective Mutism for teachers, speech pathologists, and school mental health professionals through SCOPE in Smithtown, New York. She is the Director of Childhood Anxiety Solutions, LCSW, PLLC and conducts weekly individual and group supervision. She maintains a patient caseload in addition to her other professional obligations. Marian Moldan, LCSW-R is the Recipient of the NASW – NYS Chapter of the 2011 Social Worker of the Year Award.

In recent months, more than five high school students, diagnosed with selective mutism have crossed the doorstep into our mental health agency.  These adolescents were, for the most part, very bright and interested in the sciences.  There has been enormous controversy surrounding the adoption of the Common Core Standards within the educational system.