When it comes to theater camp, the Musical Theater Conservatory in Livingston sets the stage for the best opportunity for your child to discover their true talent. Whether you have a pint-sized prodigy or a child who simply loves to perform, the three-week performing arts program offered at the camp offers a full theater experience for kids ranging from age 7 through 18, with courses in voice, stage combat, television acting, and comedy and improvisation, just to name a few.

Camp founders Randy Kravitz Elman and Mary Brienza are veterans in the industry, and have trained several successful stars before their big break including Natalie Portman, Jamie-Lynn Sigler, and Michael Pitt.

“I feel what we do is very special because we have quality teachers who are real professionals that care about the kids,” says Elman. “Not only do they understand how to perform, but they know how to convey what they’ve learned to students.”

Their confidence-building theater program has transformed budding stars into Broadway performers and instilled invaluable tools in kids who can use what they learn in the program in many areas of their lives.

“We train everyone as if they were going to be professional, but many of our students are not going into the industry,” adds Elman. “We take anyone who shows an interest in the arts.”

Workshops are offered in the morning, with kids capping off the day learning song and dance routines — though these are hardly your typical classes; Broadway performers are brought in to teach the students dance numbers. Elman says during a recent summer program, the kids learned choreography from an actor pal starring in the play In The Heights.

“First he spoke to them about the business and then he taught them choreography from In The Heights, which was hip-hop, cool dance moves and they loved that. It’s not just meeting the person and getting an autograph, but the opportunity to ask questions and understand what it takes to get into the business.”

Theater Camp: More Than Just Acting LessionsA former star in Cats worked with the kids to help them design their stage looks and taught them how to apply their makeup. And the learning doesn’t stop there: Students work each day on a cabaret routine that they will perform at the end of the program onstage in New York City. “It’s an incredible production with professional lighting and sound, and it’s just a wonderful experience for a young performer,” says Elman. “It’s also something good to put on their resume if they are working toward a professional career.”

Kids leave the camp with skills that they can use in the future. A class on how to audition not only helps to prepare students for a professional audition, but also trains them how to best present themselves in an interview or when delivering a speech. Improv classes help develop quick thinking skills.

“I believe that everyone should have theater training,” says Elman. “Not because they should become professional performers, but because it contributes so much to a child as a person and it carries over to when they become adults.”

“When I have a kid who is a little shy, and they come in they can’t project or a feel scared to sing and by the end of the summer they have all this confidence, it’s so rewarding for me,” she adds.

Theater Camp: More Than Just Acting Lessions And Elman has seen many success stories — including one of her former students, Broadway actor Brandon Uranowitz (pictured), who was nominated for a Tony last year for his role in An American in Paris. Last summer, actor James Freedson-Jackson attended MTC’s Broadway Boot Camp and recently appeared on two TV series — the Netflix hit Jessica Jones and NBC’s The Blacklist — and in the film Cop Car with Kevin Bacon.

“I feel proud that I’m able to give my students a well-rounded education,” shares Elman. “I feel like the program makes a real difference, and that’s why I like teaching. I believe I can make a powerful impact on kids.”

Theater Camp: More Than Just Acting Lessions The MTC Broadway Boot Camp allows students to participate in classes and rehearse for a final performance in New York City. Broadway Boot Camp runs from July 5 to July 22 with a final show in NYC on July 23. It’s open to ages 7 through 18, and operates Monday to Friday 9:30 a.m. to 3:30 p.m.

The MTC Performance Workshop is a two-week intensive designed to help students build confidence and develop presentation skills through individual and ensemble performances. The Performance Workshop runs from August 4-15, is open to ages 7 through 18, and operates Monday to Friday, 10 a.m. to 3 p.m.

To learn more about the Musical Theater Conservatory and to register online, visit www.musicaltheatreconservatory.com or call 973-868-62595. 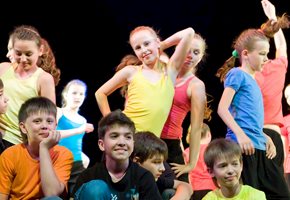 Guide to Performing Arts and Music Camps for Kids in NJ

Lights, Camera, Action!!! at Summer Theater Camps 2022 Do you have a budding performer on your… 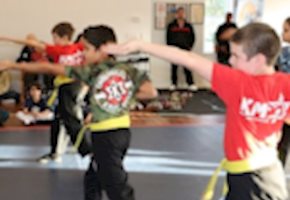 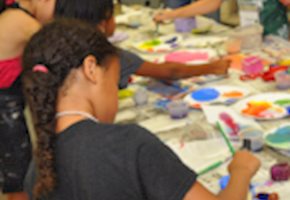 The Art School at Old Church in Demarest, NJ is currently enrolling for its summer session! One-…