How Pets Can Assist WIth Depression

The issue of bullying, and children who have depression, is certainly not new.  Yet, in recent years, the problem seems to have gotten worse.  But, there is a solution.  Having a family pet can decrease a child’s depression, and help them concentrate in school.  As you will see, there are recognizable symptoms, and several ways to alleviate the problem.

If a child starts to feel bullied, they may exhibit anxiety, depression, and many other symptoms.  But, there are early warning signs that may help you detect the problem.  The symptoms can be physical, emotional or behavioral.

For example, headaches, changes in appetite, dizziness are all physical symptoms.  Emotional, and psychological issues include irritability, sadness, having trouble sleeping, feelings of loneliness, and feeling helpless.  They may also behave poorly by being chronically late, wanting to stay home often, or even retaliating against the person who upset them.  If you see your child exhibiting any of these issues, there may be an underlying problem.

As many of us know, depression, and anxiety in kids has become more prevalent over the years.  In fact, almost one-third of students report being bullied during the school year.  These students are also at an increased risk for depression, anxiety, and a poor ability to adjust in schools.

But, the problem doesn’t just lie on one side.  School bullies are also at an increased risk of several factors.  They include substance abuse, academic issues, and violence later in life.  So, it is imperative to address the issue with them, as well.

However, the problem of being depressed in school can be alleviated with a therapy dog.  While most people consider service dogs to be those that help people with visual disabilities, they can be utilized for other people, as well.

For example, their keen sense of smell allows them the ability to recognize cortisol, a stress-inducing hormone.  A therapy dog used for this purpose can recognize oncoming panic attacks or depressive episodes, and distract the person to avoid the problem.  Leaning against the person can also calm him or her down, so they won’t become aggressive toward anyone around them.  This action also produces oxytocin, which is a calm-inducing hormone that can naturally fight the stress that comes from depression, and anxiety.

According to the Americans with Disabilities Act (ADA), the official task is known as “calming a person with Post Traumatic Stress disorder (PTSD) during an anxiety attack, or performing other duties.”  However, even in  K - 12 school, there are provisions that allow for therapy dogs.  The Individuals with Disabilities Education Act (IDEA) has relevant legislation that says accommodations including service dogs are allowed in the classroom.

Safety Tips For Children And Dogs

However, even though your furry friend is used for therapy purposes, there are still safety tips that you, and your children need to abide by.  The best way to do this is to begin at home.  Even if your child is having a bad day, remind them that the dog is there to help.  So, they should not take their depression, or anxiety, out on your furry friend.  Abuse - physical or mental - is felt just as much by the dog as it is for humans.  So, care needs to be taken.  Remind them to treat the dog how they want to be treated.

Teach your children how to handle pets.  Let them know the importance of being gentle.  If they are too rough with the dog, it may upset him or her.  You should also involve them in caring for the pet by having them feed it.  After all, dogs tend to be dependent on us to take care of them.  So, making sure your kids are doing so properly will help foster a positive relationship for years to come.

Depression, and anxiety, are issues that should not be ignored, and symptoms can be easily-recognized.  However, a dog can alleviate many of the issues.  They can even help in the classroom.  Talk to the school about this need, and let them know that it is a legal accommodation.  Once you adopt your furry friend, your child should begin to feel more relaxed, and be able to focus better in school.  You’ll also gain a new family member for years to come.

Is Your Family Ready for a Safer Summer 2022? May is National Water Safety Awareness Month and the… 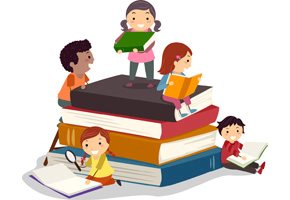 The Learning never stops Here are some online reading and language arts learning websites. These…

How to Best Prepare for Back To School

Congratulations on keeping the romance alive throughout the pandemic! You have proven to be very…