Celebrate George Washington With These Unique and Educational Experiences

President’s Day is February 20th and it’s George Washington’s 285th birthday celebration! This President’s Day, pay tribute to America’s most famous leaders. These celebrations will bring you from the crossing of the Delaware River where Washington defeated the British in the two battles of Trenton and Princeton, and then retook New Jersey, to the battlegrounds, mansions and historic villages where you will find loads of family friendly attractions, tours, exhibits and hands on activities. Please call ahead to confirm dates and times; some may require pre-registration; and ask about fees. Don’t miss these unique and educational experiences, great for the entire family!

Family FUNday: Presidents’ Day For Kids
February 12, 1 to 4pm
Crane House and Historic YWCA. 110 Orange Road, Montclair
Through hands-on activities and crafts, discover how our past presidents (and their wives and children) lived. Activities include a Symbol of our Country scavenger hunt, making a log cabin, and play-acting George Washington’s Rules of Civility by the hearth fire.

President’s Day at Imagine That!!! Children’s Museum
February 11 - 12
4 Vreeland Rd, Florham Park, 973.966.8000
Do you know your Presidents? Make a picture of your favorite president to hang on your refrigerator!

Grover Cleveland Birthplace
February 17, 1 – 4pm
207 Bloomfield Ave, Caldwell, 973.226.0001
Family activities will include self-guided tours of the historic house museum and a scavenger hunt (items include a 126-year-old piece of wedding cake! Kids will also have the chance to dress up like Cleveland and his wife, Frances, and play period games.

George Washington’s 285th Birthday Party at the Washington Crossing Visitor Center Museum
February 19, 10am - 2pm
355 Washington Crossing-Pennington Road, Titusville
During the day, buildings in the historic village will be open and various children’s activities will be offered. Children are encouraged to bring homemade birthday cards to present to General Washington. At 1 p.m., visitors will gather in the park’s visitor center to sing
Happy Birthday to George and enjoy cake that he will cut with his sword.

The Paleo and Archaic Indians of NJ Washington Crossing State Park
February 19, 1:30 - 3pm
355 Washington Crossing-Pennington Road, Titusville
Jim Wade, former archivist and researcher with the NJ State Museum will take participants on a journey back to the time of the last ice age, when the earliest Native American peoples entered what is now New Jersey. Discover how these Paleo-Indians lived and survived in an artic landscape filled with strange, prehistoric fur-covered animals, learn how these earliest people adapted to their harsh environment and hunted with specialized Clovis spear points, see how these prehistoric hunters opened the way for new bands of Archaic peoples who followed, with new innovative stone tools. Native American artifacts will be on display.

George Washington’s Birthday Celebration at the Dey Mansion
February 19, 11am - 4pm
199 Totowa Road, Wayne, 973.696.1776
The birthday of the young nation’s first great hero inspired great celebration among early Americans. They gathered to offer toasts to George Washington and other important figures of the day. They also held balls, complete with cake and dancing. Visitors can take
part in a salute to George Washington, eat cake, and learn more about the country’s first president. Special appearances will be made by NJ’s local militia. 18th century dancing, music, demonstrations, and crafters.

George Washington Birthday Celebration at Historic Allaire Village (inside Allaire State Park)
February 19, 11am – 3pm
4263 Atlantic Avenue, Farmingdale
As the “Father of America”, George Washington was a hero and his birthday was widely celebrated with balls, cannon fire, and fanfare. Join our villagers as they celebrate. Special program in the Chapel at 12pm.

Presidents’ Day for Kids
February 20, 10am to 12pm
Crane House and Historic YWCA. 110 Orange Road, Montclair, 973.744.1796
Through hands-on activities and crafts, discover how our past presidents (and their wives and children) lived. Activities include an interactive timeline with artifacts, making a log cabin, play-acting George Washington’s Rules of Civility by the hearth fire, making your own money, and a Symbols of Our Country scavenger hunt. email mail@montclairhistorical.org to reserve by 2/15.

The National Constitution Center
525 Arch Street, Philadelphia, PA, 215.409.6600
The National Constitution Center’s main exhibits include three attractions: Freedom Rising, a multimedia theatrical production; The Story of We the People, an interactive exhibit; and the iconic Signers’ Hall, with 42 life-size, bronze statues of the Founding Fathers.
Experience the live production of Freedom Rising in the all-new Sidney Kimmel Theater, view a rare copy of the Bill of Rights, and explore the nature of executive power under the Constitution and how various presidents have exercised it over time in the Powers of the President exhibit. There’s a special Winter Warm Up promotion online only. Tickets must be purchased online and in advance of your visit to the Constitution Center.

Kids Week at Intrepid Museum
February 20 – 25
Pier 86, W 46th St & 12th Ave, New York, NY
Play cutting-edge digital games, design your own games, and explore interactive displays at this weeklong festival for families. You’ll learn about the logic and imagination that goes into game design as you build, tinker and play. Mad Science, Games for Change, Institute of Play, FIRST and other special guests will ;offer activities, performances and demonstrations at the Museum all week long.

Abraham Lincoln Remembered at Macculloch Hall Historical Museum
February 20, 10am - 5pm
45 Macculloch Avenue, Morristown
Celebrate President’s Day while learning about the route of Lincoln’s famous whistle-stop train trip that brought him to Washington, D.C. in 1861 to take the presidential oath of office. Families use “travel cards” to explore events that took place during the trip, including the role of famous 19th-century American detective Allan Pinkerton. Includes an art activity featuring images and quotes of the beloved former president. Recommended for children 7 to 12 years old. Pre-registration is required. cwinslow@maccullochhall.org

Madame Tusssauds US Presidents Gallery
Features wax figures of all 44 US Presidents. The interactive attraction brings historical figures and events to life through wax figures that visitors can touch, see and hear. Life size figures!!!

America, We Served! Three Centuries of African American Soldiers at the Old Barracks
February 25-26, 10am - 5pm
101 Barrack Street, Trenton
Celebrate Black History Month with The Old Barracks Museum! Come hear about the brave African American soldiers that helped shape our nation’s history, and learn about the integral role they played in our military, from the early days of our nation’s infancy all the way up to World War II. Meet the dedicated re-enactors and living historians who will be exhibiting throughout the day, sharing their knowledge and passion about African American military history with our visitors. 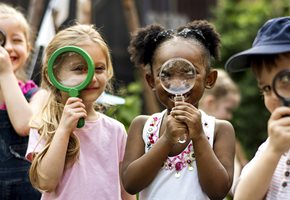 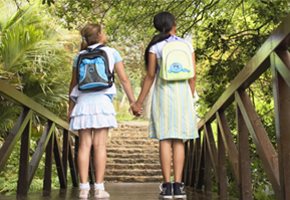 22 Free Fun Things To Do While Connecting with Nature

From nature centers, villages, zoos, to gardens, walks and hikes, here are out of the box ideas to… 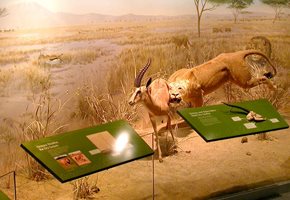