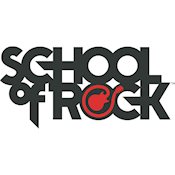 The School of Rock of Montclair will be offering a both in-person and virtual camps and also similar programs for the Fall Programs with one-on-one and group programs.

We have a unique approach to learning music that helps kids blossom in unimaginable ways.  Students are not only being taught an instrument - they're learning to deal with life situations, building confidence, and becoming better people.

At School of Rock Montclair, learning music in a lesson room is just the beginning. We get kids playing on stage as quickly as possible, teaching them to play as soloists and as part of a team. This immersive method motivates them to be their best, helping them learn skills faster and more thoroughly.

The Music of The Beatles Summer Camp

In-Person (7-11yr old) and (12-17yr old) or Virtual (10-17yr old)
The Beatles - Considered to be the greatest, most influential, and commercially successful rock band of the
20th century! One of our most popular camps!!

This camp will focus on Alternative Music and the bands and artists that made it popular!! Radio X:
Alternative Music Summer Camp will feature acts such as Nirvana, Green Day, Liz Phair, Coldplay, SleaterKinney, Weezer, Alabama Shakes, Foo Fighters, The Breeders, R.E.M., The White Stripes and Smashing
Pumpkins ...to name a few.

The Music of Led Zeppelin

In-Person (7-11yr old) and (12-17yr old) or Virtual (10-17yr old)
The music of Led Zeppelin is an essential curriculum of great importance! Students could
study Led Zeppelin for a lifetime and only scratch the surface of all the magic that lies within the grooves of
each of their albums. Robert Plant, John Bonham, Jimmy Page and John Paul Jones collectively created
and recorded some of the best "Classic Rock" ever!!

In-Person (7-11yr old) and (12-17yr old) or Virtual (10-17yr old)
Get Funky with Chris Barnett! Funk and Soul Music was formed by combining elements of Rhythm and
Blues, Gospel and Jazz. This week will introduce campers to such Funk and Soul greats as Little
Richard, Aretha Franklin, Parliament, Sly and The Family Stone, Sam Cooke, Teena Marie, Gladys Knight
and the Pips, Nina Simone and Otis Redding... to name a few.

In-Person or Virtual (10-17yr old) Intermediate to Advanced – Must have musical experience.  This particular camp will focus on the mechanics of creative songwriting by spending the week exploring the creative process of writing and performing original music! Campers will be placed in bands that will work together writing and rehearsing to prepare for a live streaming performance at the end of the camp week. At their performance they will showcase the songs they created during the week-long camp for family, friends, and community to enjoy! Most suitable for campers experienced with music, age 10-17.

In-Person or Virtual (Beginners 6 and up)
This School of Rock summer camp is a condensed version of our Rock 101 program, which is specifically
designed for beginners with limited or no experience! This camp is most suitable for students aged 6-12.