How They Can Embody Heroic Character and Stand Up against Bullying

Warren, NJ – January 21, 2016 – A compelling assembly for elementary school age kids with a new, positive approach to preventing and stopping bullying was today unveiled by Wear the Cape™, a brand that gives back and aims to restore the power of kindness and heroic character with cool, inspirational products and its non-profit the kidkind foundation. The hour-long, interactive program shows kids how they can embody heroic character, as well as tactics they can use to stand up against bullying effectively. Get a sneak peak of the assembly by watching the trailer at http://www.wearthecapekids.com/school-assembly/.

“Since day one, parents and teachers have been passionate in their requests for Wear the Cape to translate its vital mission and unique approach into an assembly that can make a big impact on schools and communities,” said Leigh Ann Errico, CEO and founder of Wear the Cape and the kidkind foundation. “Wear the Cape brings good character to the forefront with a positive angle on how to combat the bullying epidemic. After working to develop the assembly for more than a year, we are thrilled to impress upon kids that it’s cool to be kind through a fun, engaging program.”

Wear the Cape created the multimedia, interactive assembly with the help of a team of educators. A sequence of relatable videos, in combination with an in-person facilitator, helps kids make connections, practice skills and learn strategies needed to be a positive force in their communities and be BETTER THAN THAT™ – better than bad choices including bullying.

The kidkind foundation will be bringing the assembly presentation to five underprivileged elementary schools for free, and tax-deductible donations will enable supporters to gift the program to additional underprivileged schools and organizations at cost. Other schools, religious organizations and clubs nationwide can also line up the assembly for their student bodies, youth groups and members.

“Bullying is an age-old problem that has been intensifying in recent years, particularly with the rise of social media and constant connectivity,” commented Philip Brown, PhD, Wear the Cape’s resident character education expert who is a Fellow of the Graduate School of Applied and Professional Psychology at Rutgers University where he founded and directed the Center for Social and Character Development. “It’s important for schools to refresh anti-bullying efforts and take an approach that reaches kids where they are today.”

Errico, an experienced leadership coach, built Wear the Cape and established the kidkind foundation in 2013 when she identified the need for resources on kindness and character-building that would appeal to her own four children. The idea for the brand was sparked when she observed that the chance to wear a cape—the organization’s logo—motivates children to act like heroes, or “Cape Kids,” in order to live up to the symbol of honor.

To find out how you can bring Wear the Cape’s assembly to your community and to learn more about the organization, visit www.wearthecapekids.com.

About Wear the Cape™ and the kidkind foundation

Wear the Cape™ is the first global, mission-powered brand with the nerve to equate being kind with being cool. By coaching kids to be BETTER THAN THAT™, Wear the Cape breaks down barriers and brings people together—a world of new values prevails: It’s cool to be inclusive, tolerant and socially responsible. From its line of apparel and accessories, to its educational tools and its own non-profit the kidkind foundation, Wear the Cape sparks awareness and raises money to build heroes, a kid at a time. Wear the Cape’s products and resources are designed to create teachable moments between kids and the grown-ups they look up to with Hero Tags that tee up conversations about what it means to stand up and stand out; to stick up for the underdog; to do what’s right, not what’s easy. Wear the Cape donates 10% of its net profits directly to the kidkind foundation, and the rest is reinvested in the design and production of new products, as well as character-building educational materials for parents and teachers to help the kids they love. Wear the Cape’s work with communities and schools is helping mold everyday heroes that will create a kinder, better world for us all. 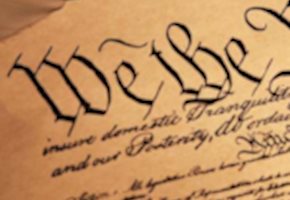