Spanish or French: What Second Language Should Your Young Child Be Learning?

As your children ascend the ranks of the American school system, often times they’ll be posed with the option of learning a second language. Such a chance is an asset in itself; it’s no secret that bilingualism opens up a myriad of opportunities for your child, as well as increases their global empathy and awareness. But can learning one language be more beneficial than learning another?

From as early as the latter years of elementary school, a young student’s typical second language curriculum might be comprised of either Spanish or French. Each of these languages poses their own unique sets of pros and cons: You might be attracted to the usefulness of Spanish in the business world or the aesthetic value of French in verbal speech.

Indeed, fluent Spanish-speakers are especially prolific in the United States. According to Pew Research Center, the U.S. Hispanic population reached a record 59.9 million individuals in 2018, making them 18% of the country’s population, as well as the second-fastest growing ethnic group behind Asian Americans. Furthermore, it is  estimated that around 41 million Americans are Native Spanish speakers, with an additional 11.6 million being bilingual. In fact, America trumps a number of Latin American countries in terms of the language’s popularity; spanish, in other words, is spoken more frequently in America than it is in many of the countries it stems from. And what’s more is that speaking both Spanish and English gives a person an incredibly competitive edge in the workplace, enabling them to effectively and efficiently communicate with business partners overseas, as well as at home. Clearly, learning Spanish would vastly expand your child’s social versatility in a country like America—not to mention grant them countless future economic advantages. There’s no doubt that this language would be put to frequent and practical use in the “real world”.

French, on the other hand, also has its fair share of appealing aspects. Across various cultures, it tends to connote an air of refinement and decorum. Russian families, in particular, seem more inclined to immerse their children in the world of French, given how reminiscent the language is of the18th-century aristocracy. And aside from being popular among youth for its beautiful, romantic sound, there are about 2 million native French and French Creole Speakers in America, ranking it as the fourth most spoken language nationwide behind English, Spanish, and Chinese. Plus, it certainly has its applications in the land of our northern neighbors: French is the only official language of Canada’s Quebec province, and functions alongside English as Canada’s national language. As can be seen, French, too, has its own allure.

From this brief overview, it is evident that both languages have their advantages—albeit French remains the official language of the United Nations, both are among the most popularly spoken in the United States. Spanish has attained greater practicality in both American society and economy, whereas French may see greater popularity among demographics historically tied to the French empire. Weighing factors such as functionality and possible sentimental value, you and your child can determine which language is the best choice for them to pursue. Either way, remember that learning any language in addendum to American English will result in greater individual enrichment. In a country like ours, each variety of bilingualism becomes a win-win. 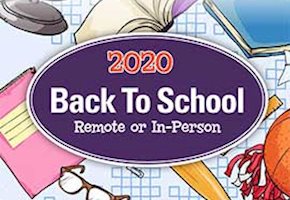 Flip the Back To School ebook!  Registration is in progress for Fall 2020. Here are virtual,… 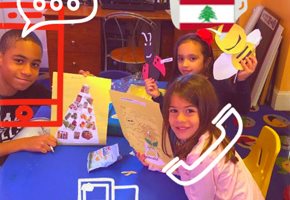 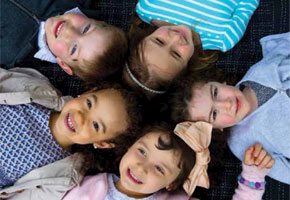