Sensory Tae-Kwon-Do is a unique Martial Arts program for children on the spectrum. It is a breakthrough martial arts program custom designed based on each child’s neurological profile.

The core of this program is extracted from cutting edge neurological studies that incorporate movement exercise to help create healthier pathways in the brain.

By stimulating areas in the brain that incorporate balance, body awareness, muscle coordination, strength and working memory, we can promote growth and improve connectivity.

Children on the spectrum are often affected by a wide range of symptoms. To be effective treatment requires a whole brain, whole body approach. We achieve this by incorporating a diverse one-to-one treatment program which includes nutritional coaching.

Sensory Taekwon-do incorporates the senses during the sessions. The auditory is stimulated by playing music specifically designed to right brain and left brain functions. Visual senses are used when students are modeling the instructor. Vestibular encompasses balance and this worked on heavily during the session. Proprioceptive involves the sense of position of your body parts. Students must use this sense to focus on where they are placing their own body parts are they are performing the martial art exercise. The tactile or sense of touch is brought in throughout the session with the climbing wall, balls and other equipment that is used during the group.

We accept children that have been labeled with:

ASD’s have varying degrees of severity and complexity. This neurodevelopment disorder is characterized by impaired social interaction and communication, and by restricted and repetitive behavior.

ADHD is the most commonly diagnosed behavioral disorder of childhood. It affects about 3 - 5% of school-aged children. ADHD is a problem with inattentiveness (ADD), over-activity, impulsivity, or a combination.

Developmental reading disorder, also called dyslexia, is a reading disability that occurs when the brain does not properly recognize and process certain symbols. Dyspraxia is a motor learning disability which creates problems with either gross and/or fine motor skills, including speech and language. There may also be problems with thought and/or perception.

Learning is the acquisition of skill or knowledge, while memory is the expression of what you’ve acquired. Another difference is the speed with which the two things happen. Having learning and memory problems are reflected on IQ testing.

Down's Syndrome is a genetic disorder which is typically associated with physical growth delays, characteristic facial features, and mild to moderate intellectual disabilities. 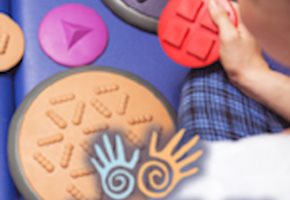 The World of Pediatric Occupational Therapy As parents and adults, we often take certain motor… 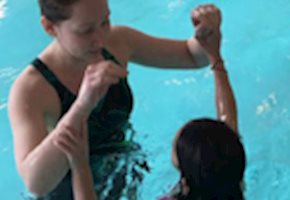 The Therapy Gym is an independent, therapist owned private practice. We are located in Bergen…