At my son’s middle school soccer game, parents had to park on the other side of a long 4 foot chain-link fence, separating the parking lot from the field. I got out of the car and hoisted myself over the fence, as I had done hundreds of times in my youth. My son on the other hand, and all of his teammates, were completely befuddled by this seemingly insurmountable barrier, and despite watching the old guy flip himself over it, they all chose a 3-minute walk around it. I was outraged.

My teenage daughter was eager to take the train into NYC to visit camp friends. Despite my wife’s protests, we agreed that I would accompany her, and started the journey by having my daughter purchase two round-trip tickets at the train station. She stepped up to the ticket window, and placed her pocketbook on the ground BEHIND her, in front of the dozen other people waiting on line. I was mortified.

None of this was their fault- they didn’t know better. Times have changed, for better and for worse. Camp Director/Blogger Megan Baker writes in her essay “The Taming of the American Child” that while society made so much progress in our lifetime with sub-sections like women, people of color, gay, disabled- “one population has gone completely in the opposite direction, experiencing a dramatic decline in its enjoyment of independence and self-determination: CHILDREN.” I couldn’t agree more. Think about all of the things that we did as kids, that our kids don’t/can’t do. I’ve got a BIG THREE, starting with…

#1- Playing outside for hours, climbing trees (and fences), or whatever - alone or with other kids.

In her book There’s No Such Thing as Bad Weather, Linda Akeson McGurk considers the vast differences between raising children in the USA and Scandinavia. American children in day cares and pre-schools are already glued to screens and sitting at desks preparing for kindergarten, while their Scandinavian counterparts play outside half the day. In my kids’ schools, outdoor recess is cancelled for weeks on end during the cold winter months, and in the hot days of late spring. In Scandinavian countries, nature is intentionally incorporated into their everyday life. They even have a word for it, “frilufsliv,” which translates to “open-air living.”

As I type this, I look outside at my cul-de-sac, freshly covered with 2-inches of perfect snow. Where are the children? We all know the answer - inside staring at screens. Scandinavian children play outside an average of 3 hours per day (as recommended by their doctors and government) because it is the societal norm. Outdoor play is recognized as an integral aspect of youth development and childhood. In the USA, 96% of Americans agree with this! (National Trust survey) We just don’t do much about it.

#2- Interacting with others outside, in practical ways.

When I was a kid, we walked real distances, used public transit, and went into stores, restaurants and other public places to buy things or hang out- without the help of adults. In Japan, elementary school children (starting at 1st grade) travel back and forth to school every day ON THEIR OWN. They have a phrase for this as well, “Kawaii ko ni wa tabi o saseyo” meaning “Send your beloved child on a journey.” Young children walk, ride bikes, and take mass transit through some of the busiest train stations in the world. In the video, Japan’s Independent Kids found on YouTube, a little girl’s Mother explains, “Her parents won’t be with her (when she is older), so she has to learn how to solve things herself. If she gets lost or catches the wrong train, she has to figure it out on her own.” Meanwhile, my friend was recently ostracized by neighbors for allowing her son to walk a few blocks to play in the schoolyard, unsupervised.

In Japan, only 1.7% of children ride the school bus, and most schools DO NOT ALLOW parent drop off! Smart rule! (I know parents who have bus stops in front of their houses and still insist on driving their kids to school.) These same Japanese children also clean their entire schools themselves, which enforces the importance in teaching children responsibility at an early age. Can you imagine our children on their knees, cleaning the floors of their schools? Only in our dreams… 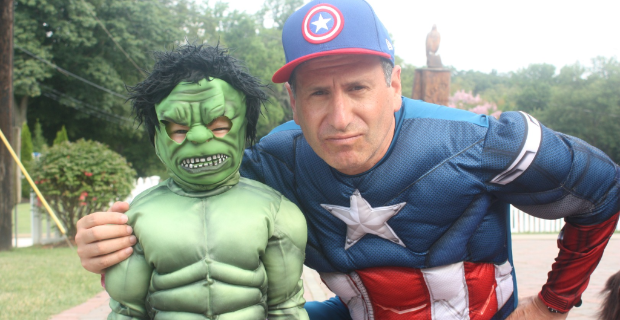 Remember getting home from school and having to figure out what to do? Spending unscheduled, unstructured time alone or with friends, and allowing children to make their own decisions are gateways to learning CREATIVITY (Disney Center for Childhood Creativity and Innovation.) Today’s children are often scheduled down to the minute by well-meaning adults “looking out for their future.” Teens who get a little more freedom, are tethered on cellular GPS leashes of constant check-ins. Megan Baker insightfully writes that, “American children have been tamed” and they don’t know any better (The Taming of the American Child). They are placated with electronic gadgets and screens that make them feel connected to the world when in fact, they are far more detached from “friends” and the world around them.

As a society, we share the blame. As parents, we need to make conscious, concerted efforts to buck social norms in order to give our kids the freedom and tools they need to become successful adults. Young people who are “allowed” to climb trees and fences and confront fears will likely have the confidence to take reasonable risks, pushing themselves through challenging situations later in life. They will avoid becoming awkward decision-makers having rarely made decisions as children, and poor communicators - having done most of their communicating through their fingertips on electronic devices. When is the last time you actually saw a child TALK on their phone?

So, what can we do about this? Send our kids to Summer Camp!!

Summer Camp is the safest, easiest way to cut the proverbial umbilical cord and quickly foster independence and self-reliance. Children immediately embrace the ability to make their own choices - what to do, what to eat, and how to deal with the trials and tribulations of peer relationships. After just a couple of weeks at camp, most children are brimming with self-confidence like they’ve never had before.

Summer Camps like Liberty Lake allow children to tackle real-life challenges in a safe, controlled setting, teaching them important skills to become successful adults who make tough decisions and push themselves through difficult situations. This is essential in college, where only 55% of today’s incoming 4-year college students are graduating with a bachelor’s degree within 6 years.

Beyond college, employers are frustrated by their young millennial staff who lack essential job skills such as Communication, Creativity, Collaboration and Critical Thinking (Partnership for 21st Century Learning.) These skills are all taught, learned and applied at Summer Camp, every day!

Sadly, today’s average American child spends less than 30 minutes per day outside, but at Liberty Lake, kids can be outdoors ALL DAY, and be happy as clams!

Find an American Camp Association accredited camp for your child this summer, and give your child a chance to experience life the way we used to, and in the ways that other cultures understand and embrace. 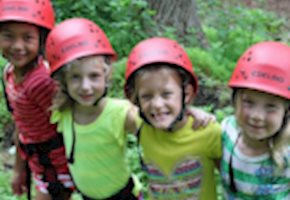 8 Ways to Research a Camp

By Jess Michaels, American Camp Association, NY & NJ Your family is starting to think about… 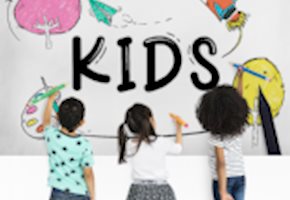 Are Lazy Summers Harming Our Children?

By: Julia Chernova M.A., CCC-SLP This is the time of year when I hear parents talk about how they… 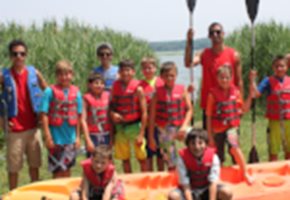 The Dos and Don’ts of Choosing a Camp

By Jess Michaels, American Camp Association, NY & NJ  A summer camp experience is one of… 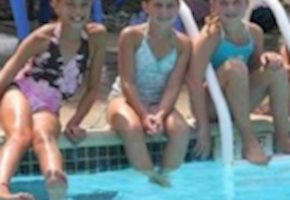 How To Choose A Summer Camp

When your kids have graduated the local Day Care, Rec. Program, or "Camp Mom", and you're looking…