My Class Trip to Waterloo Village

If you are a teacher and you need a field trip, Waterloo Village is a perfect place.  I went there with my third grade class and I want to tell you about it.

Waterloo Village is a really good place for people who are studying Native Americans because you learn about the Lenape Tribe and how they lived.  First you walk past a sign that says, Welcome to Lenape Village.  Then we went into a long house and they told us how the Lenape people survived and how the English settlers tried to move onto their land.  We learned that the English settlers would trade for things they needed, like spoons and food.  Our guide told us a story how the English settlers wanted to live there because they didn’t know how to get food and the Lenapes did know how and they asked for help.  She also told us another story that the English settlers asked for some of the land, and the Lenape said “Yes” because they always liked to share the land with the animals and other people.  A few days later the chief was trying to cross over the line that divided their land ,the English settlers said, “Do not cross over, this is our land,” and the chief asked how they were supposed to hunt, so they had to move, but this happened somewhere else.

Then we went outside and learned how the Lenape people had jobs and we saw a model of a girl, and the guide told us that she was a Lenape child who was watching over the garden and she also had pebbles next to her so she would thrown the pebbles at squirrels or other animals.  We also got to smash corn and try to make it into soft flour and that was fun!

Then we went over a bridge onto a miniature island and our guide told us how to make a canoe – they would get some wood from a tree and use a special tool to hollow it out. We also got to use these swirly things and learn how to make a fire – although we didn’t actually make a fire.

Then we saw a house where the Lenape lived and we saw a baby carrier and we were told that the grownup would put it around them while they worked and it was really cool. That was all about the Lenape.

In the afternoon we learned about the 1860s. We went to a farm on another side of Waterloo Village and learned how they sewed and I learned that the adults get the bed and that children have to sleep on the floor. After we went to a General Store and we learned that all their supplies would be there – like flour, medicine, cups and lots more. We also learned that people who went to the General Store a lot, they would get their mail there and the mail carrier would bring it to them.  We also went to the Blacksmith and it was really cool because he showed us how to make a chain with metal and he actually put it on fire and wet it in water and was able to turn it into circles and then he made another and it made a tiny chain. And if you have boys in your class, I bet the boys will really like the blacksmith.

Finally, the last thing we did was see the Sawmill.  This was interesting because they taught us how to put things down and they turned the wheel and it crunched things ups. We got to go downstairs and see the wheel and it was really cooler than usual because on the side there were icicles (it was really cold the day we went!).

That’s how awesome Waterloo Village is! And one more thing – it’s right here in NJ and I bet your kids will love it! 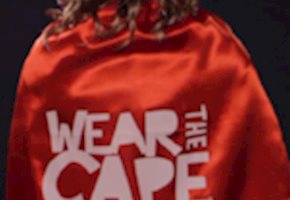 How They Can Embody Heroic Character and Stand Up against Bullying  Warren, NJ – January 21,…