Trains are amazing! Did you know that trains were the catalyst in revolutionizing America? It was the First Transcontinental Railroad built in the 1860’s that traveled across North America, connecting California to the Eastern US, and which linked everything in between. They connected rivers to towns, and cities to cities. Not only were they an integral part of starting America’s Industrial Revolution, they are still a large and vital part of the nation’s transportation network, transporting cargo, lumber, cars, and people everywhere. Bedazzle your kids and take them to learn about the history of these trains at model train shows in the New Jersey and New York area. Plus, you may bump into Santa at some of them! 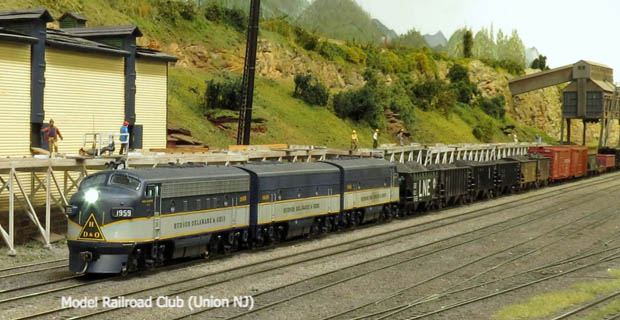 THE POLAR EXPRESS TRAIN RIDE AT WHIPPANY RAILWAY
1 Railroad Plaza, Whippany NJ, 973-887-8177
November 18, 2017-December 31, 2017
Bring the whole family! Relive the magic of the classic holiday story Polar Express on a one-hour train ride to the North Pole. Santa and his helpers will be aboard. Hot chocolate and a cookie will be served.

Easy Centerpiece Crafts You and Your Family Can Make Together for Thanksgiving!

Have Fun Crafting & Happy Thanksgiving! Thursday, November 26th we will observe a celebration…